The crypto crash began mid-January, with Bitcoin (BTC) shedding over 50% of its value in just a few weeks. Ethereum (ETH), the second-largest cryptocurrency by market capitalization, is down over 60% from its January high. You must be wondering why crypto is crashing and whether it will recover. Read the full blog and know more about everything.

When it comes to the crypto crash, various factors are believed to have contributed. For starters, the run-up in prices of Bitcoin and other digital currencies may have been due, in part, to speculative activity. In other words, people were buying Bitcoin and other digital currencies not so much for what they could buy with them but rather in the hopes that they could sell them at a higher price later. These speculators began selling when prices stopped increasing, leading to sharp price declines.

Why is crypto crashing, and will it recover?

The crypto crash has been attributed to several factors, including:

Cryptocurrencies are facing increasing scrutiny from regulators around the world. In the U.S., the Securities and Exchange Commission has begun cracking down on ICOs and is considering classifying Bitcoin and Ethereum as securities. This regulatory uncertainty has spooked investors and caused the crypto markets to crash.

There is evidence that the crypto markets are being manipulated by a small group of investors known as “whales.” These whales have been accused of artificially inflating prices through spoofing and wash trading and then dumping their coins on the market, causing prices to crash.

Gox, once the largest Bitcoin exchange, is selling off its remaining Bitcoin and Bitcoin Cash (BCH) to repay creditors. This huge sell-off has put downward pressure on prices.

Many investors are selling their cryptocurrencies to cash in on their gains over the past year. With taxes due in April

What Caused The Crypto Crash?

Another factor contributing to the crypto crash is that many exchanges on which digital currencies are traded are relatively new and unregulated. This lack of regulation made it easier for investors to get caught up in the hype surrounding Bitcoin and other digital currencies without understanding the risks involved. Once the prices started falling, these investors were quick to sell, leading to even more price declines.

Finally, it is also worth noting that the crypto crash comes on the heels of several high-profile hacks and scams that have shaken investor confidence in the security of digital currencies. In particular, the hack of the Mt. Gox exchange in 2014 and the more recent theft of nearly $70 million worth of Ethereum from the Parity wallet service has made many questions about the safety of investing in digital currencies.

All of these factors likely played a role in the crypto crash that began in early 2018. While the prices of Bitcoin and other digital currencies have recovered somewhat since then, it is clear that the market is still very volatile and susceptible to large price swings.

How Long Will The Crypto Crash Last?

We can look at past crashes to see how long they lasted and what factors contributed to their duration.

The most recent crypto crash began in January 2018 and lasted about two months. Several factors precipitated the crash, including regulatory concerns in South Korea and China and a general loss of confidence in the market.

During the crash, the total market capitalization of all cryptocurrencies fell from a high of over $800 billion to a low of around $250 billion. That represents a decline of over 70%.

While the current crash is not as severe as the one in 2018, it is still significant. As of this writing, the total market capitalization of all cryptocurrencies is around $340 billion. That means the market has lost about $460 billion since its peak in December 2017.

However, if history is any guide, we can expect the crash to last several more months, with the market slowly grinding its way back to its previous highs.

What Is The Impact Of The Crypto Crash?

When the crypto market crashed in 2018, it had a ripple effect throughout the industry. One of the most immediate impacts was on the price of Bitcoin, which dropped by more than 50%. This had a domino effect on other cryptocurrencies, as their prices also dropped in value. The crypto crash also impacted the ICO market, as many projects had to cancel or postpone their plans.

This is because investors were no longer willing to put money into risky projects. The crash also led to the closure of many cryptocurrency exchanges and businesses. This is because they were no longer profitable and needed help to sustain themselves. The crypto crash had a major impact on the industry and is still being felt today.

What Is The Outlook For The Crypto Market?

There is no one answer to this question, as the outlook for the crypto market depends on several factors. These factors include global economic conditions, regulations, and technological advancements.

Is There A Chance For Crypto To Recover?

There is always a chance for crypto to recover, as the market is ever-changing. However, there is no guarantee that it will happen.

What Needs To Happen For Crypto To Recover?

There is no one answer to this question, as the cryptocurrency market is highly volatile and ever-changing. However, some things that could help the market recover include an increase in regulation to help legitimize the industry, more widespread adoption of cryptocurrencies and blockchain technology, and more positive media coverage.

What Is The Probability Of Crypto Recovering?

The crash is likely due to many factors, including over-leveraging, over-speculation, and losing confidence in the asset class. It is difficult to predict if and when confidence will be restored, but if history is any guide, the market will eventually recover.

Hopefully, you are clear now on why crypto is crashing and if it will recover. If you still have any questions, feel free to comment below. 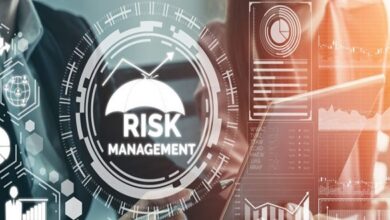 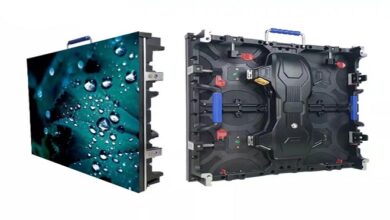 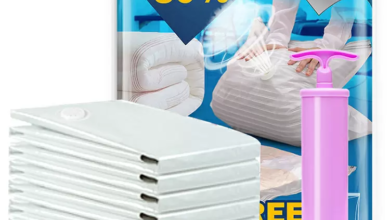 TAILI Provide Vacuum Storage Bags With a Pump, How Does This Work? 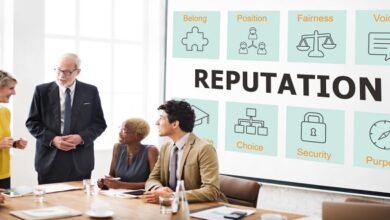 The 5 Pillars of Online Reputation Management