Even for first-time visitors, New York will seem as familiar as an old friend. It is, after all, one of the most filmed, photographed, and written-about cities in the world, and its icons have achieved something of a superstar status. Wander the city, and celluloid images will flicker across your consciousness: Cary Grant waiting in vain for his love atop the Empire State Building in the 1957 classic An Affair to Remember; Audrey Hepburn strolling Fifth Avenue and gazing into Manhattan’s most famous jewelry store in Breakfast at Tiffany’s (1961); and Spiderman swooping towards the Brooklyn Bridge to save his dangling leading lady in the 2002 Hollywood blockbuster of the same name.

And Central Park This lush swath of green could practically apply for its own Actors’ Union card, having been the verdant backdrop for lovers smooching, strolling, and iceskating, as well as plenty of chase scenes, in films from Annie Hall (1977) to Ghostbusters (1984).

Even a subway grating has received top billing – remember Marilyn Monroe with her skirt flying up? Without doubt, New York lives up to its name, but it’s when you go from the legendary to the lesser known that the city really stirs to life.

Fifth Avenue’s fragrant, multitiered department stores make for splendid windowbrowsing, of course, but for local designers, hit downtown’s quirky shopping district, where you can find everything from hand-sewn, sequined skinny jeans to custom cuff links and (because you know you want one) Yankees caps along Canal Street at a fraction of the uptown cost.

As for avant-garde art, with such New York names as Warhol and Basquiat for inspiration, emerging artists from around the world introduce their collections at the city’s galleries. And far from the chorus-line high kicks and feather headdresses of Broadway are the alternative theaters (or “off-off-Broadway,” as they’re called), with quirky shows from poetry slams to body-painting.

New York’s skyline is perhaps its most celebrated (and recognized) feature, so it’s not surprising that most of the city’s main sights are architectural, with many offering soaring views of the twinkling lights – and of each other. The Empire State Building and Statue of Liberty lead the pack, followed by the splendid span of the Brooklyn Bridge. Then there’s the unmissable Museum Mile, which runs along Central Park, where you can peruse superb art collections and then take a breezy stroll through the world’s best-known city park

Two words: sweaty lines. Visiting the city’s big-name sights – particularly in the heat-blasted summer months – is a practice in patience. The lines at the Empire State Building are notorious – you could spend the better part of your afternoon on the hot pavement. Another downer about the iconic sights is that they’re, well, iconic: the hype, the crowds and the fact that you’ve probably seen them in photos and films ad nauseam can make the real thing somewhat anti-climactic.

To avoid the wait at the Empire State Building, buy your tickets online (www.esbnyc.com), or arrive when it opens at 8 am, or in the early evening. In general, a prompt morning arrival helps greatly in bypassing the crowds, particularly at popular museums such as the Metropolitan Museum of Art, MoMA, and the Museum of Natural History.

Getting There and Around New York is served by three major airports: JFK and LaGuardia (both in Queens), and Newark (in New Jersey). To get from the airports to the city take the subway, a bus (www.mta.org), a shuttle bus (www.supershuttle.com) or a taxi.

The television show Sex and the City trained a spotlight on the city’s flirty nightlife – where you can gaze at a sparkling view of Manhattan while sipping a drink of the same name. But explore the city’s crooked backstreets and you’ll come across rumpled, centuries-old bars with uneven floors, scarred wooden furniture, and ruddy-cheeked regulars who’ll fill you in on other local haunts. 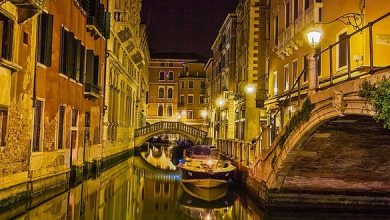 More fantastic cities in the World 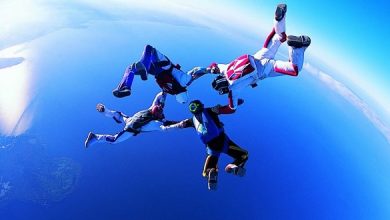